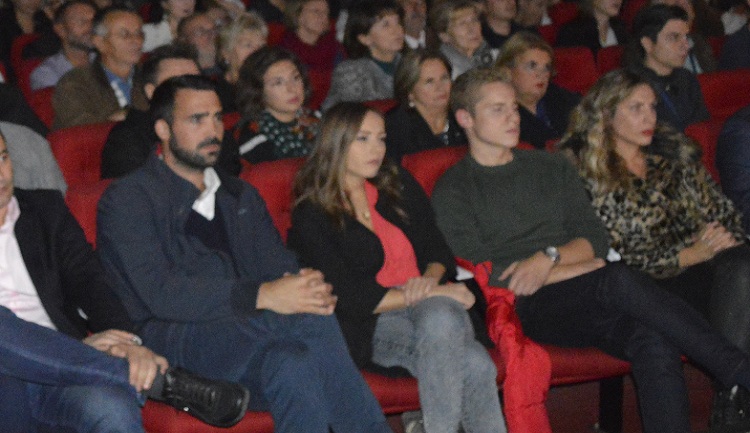 Three films from BiH in the regional competition program

The 15th International Documentary Film Festival Jahorina Film Festival, which will be held from September 22 to 25, will present three latest films by domestic authors and fifty films in the regional and international selection. They will compete for festival awards: for the best documentary, short feature, experimental and student film of the competition program.

The world premiere of the award-winning BiH director Denis Bojić’s “Some New Broadway” will have its world premiere at the jubilee 15th festival in the domestic competition program of the Jahorina Film Festival. It is a kind of feat of 6 people with Down syndrome who, overcoming numerous obstacles, become one of the first students of the professional school of acting in Southeast Europe, breaking down prejudices and barriers about the possibilities and abilities of people with Down syndrome. Forget everything you knew about Down syndrome and get ready for ..some new Broadway.

The competition program of the festival includes “Ognjilo” by Vladimir Perović, a deeply intimate film, in a harsh karst environment, a man lives his outdated life of a mountaineer. The days go by, the seasons and the years. And slowly a strange, metallic neighbor settles vis-à-vis, changing the pristine landscape. Will that change something in a person’s life …!?

After the world premiere at the Mumbai International Film Festival, we get the film “From Durban to Tomorrow” signed by Indian director Dylan Mohan Gray. Five advocates of healthy living from all parts of the world work through victories and defeats planning the path to a meaningful, universal human right to health.

Young BiH director Stefan Tomić is present at the festival with the film “The house has horns”. A family of three reveals that none of them slept for days. The mother, worried about the health of her family, tries to fight this mysterious insomnia, but every attempt is in vain. She begins to lose her mind and as she and her family break down.

In addition to twenty-five documentaries of the competition program, fifteen short feature films, eight documentary TV films and 5 experimental films will be shown in other program units of the 15th Jahorina Film Festival.

During this year’s Jahorina Film Festival, several non-competitive events will be organized, such as the “JFF Teen” project, which is intended for the education of children and youth and whose main goal is to create a new cinema audience. This project is organized at the Festival as well as through the entire cinema network in the eastern part of Republika Srpska, in cooperation with primary and secondary schools.

At the same time, there will be a presentation of the Mini JFF workshop. As in previous years, the best film of the JFFTeen program will be decided by a high school jury whose members will be participants in a MiniJFF workshop intended for high school students interested in producing short documentaries. In addition to the five titles from the official selection, screenings of documentaries made at last year’s MiniJFF workshop will be organized, conceived, developed and filmed by the participants themselves. The desire of the JFF team is to increase the competence of high school students in critically reviewing the film and analyzing its content and themes, as well as technical aspects, and to encourage the development of socio-emotional skills of young people through the educational JFFTeen program.

Award-winning director and producer Zeljko Mirkovic will hold a Master class on “Problems of financing documentaries”. How do you get funds for one of the most expensive branches of culture in the country in transition – cinematography? Hard. Unstable and still sporadic from domestic sources. The local producers know mostly the old system, in which the state took care of everything, at least the older, younger ones still study in schools according to that system, or those whose profession is not a job are accepted, in this case mostly actors. What remains is cooperation, above all, with the countries in the region and access to European film funds. Some of them will not be able to be accessed by local filmmakers until we are really determined to “enter” Europe.

The opening of the 15th Jahorina Film Festival will be organized in accordance with the epidemiological measures on September 22 at 7 p.m.