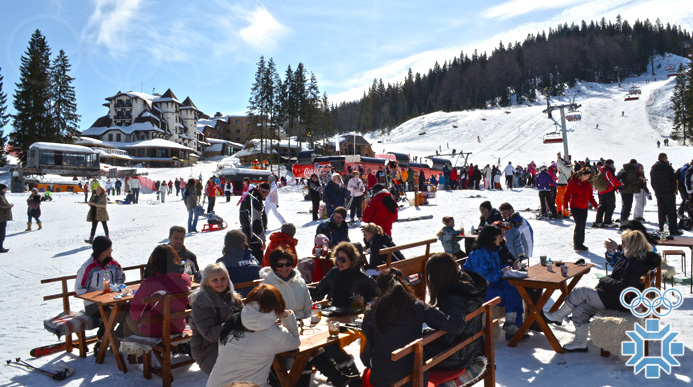 Nature gave Jahorina all the splendor it had: ski terrains, numerous springs and streams, forests and fragrant meadows, beautiful landscapes over which hiking trails lead… Jahorina is today one of the most popular winter sports and recreation centers in the Balkans, and they include it in one of the most beautiful mountains of Europe.

Not so long ago, Jahorina was the stage for the 1984 Winter Olympics in Sarajevo. At that time, the most famous ski names competed on the slopes of this Olympic beauty.

The idea itself originated on Jahorina, thanks to the Jahorina trails, and after winning the Olympics, other centers in the area are developing – Bjelasnica Trebevic and Igman. That year, the candidates for the Olympics were both Japan and Switzerland, but still Jahorina was the one who won the candidacy. In addition to the Olympics, numerous competitions were held on Jahorina at the European and world level, and that is exactly what obliges us to start modernizing Jahorina, all in order to return Jahorina to its former glory and to be able to compete again.

Jahorina is located in the central part of Bosnia and Herzegovina and is located in a series of Dinaric mountains Čvrsnica, Prenja, Bjelašnica, Treskavica and Zelengora. The length of the Jahorina massif is 30 kilometers. The highest peak is Ogorjelica (1916 meters above sea level).

Sarajevo is the closest big city since Jahorina can be reached via Pale (28 km) and via Trebević (32 km) by asphalt and well-cleaned roads in winter. It is 200 km away from Banja Luka, 320 km from Belgrade, 350 km from Zagreb, etc. Each of these cities has an international airport.

The climatic conditions on Jahorina are significantly different compared to other mountains in the region.

On Jahorina, the warm Mediterranean conflicts with the cold continental air masses, which is why Jahorina has a favorable and healthy climate with temperatures that make both winter and summer pleasant to stay.

Such a climate also brings large amounts of snowfall. During the year, snow falls for 85 days. The average number of days with snow cover on Jahorina is 175 days, from October to the end of May. The thickness of the snow cover can be from one to three meters. The average snow height from October to May is 106 cm. The quality of the snow is, according to many, great for skiing.

The winter tourist season, depending on the snowfall, usually starts on December 15 and lasts until April 15.

Skiers have at their disposal more than 20 km of groomed trails for alpine skiing connected to four ski lifts and four ski lifts, with a total capacity of 7500 skiers per hour, several modern ski schools, ski services, as well as ski rental. Night skiing on a lighted trail is also organized. By the way, on Jahorina, the World Ski Federation verified three competition tracks (slalom, giant slalom and downhill), which meet the conditions for international competitions.

A large part of the Olympic Mountain Jahorina has been declared a national park. Therefore, when the snow melts, when the vegetation wakes up,

Jahorina offers new opportunities for mountaineers, alpinists, speleologists, hunters, fishermen, athletes and all those who need the peace of untouched nature. It is an idyllic combination of green pastures, blue skies and fresh mountain air.

The lush vegetation of Jahorina hides bears, wolves, foxes, wild boars, martens, rabbits, deer, pheasants, eagles and other game, and streams and rivers on the slopes of Jahorina abound in trout. So Jahorina is a real paradise for passionate hunters and fishermen.

So, it is not known whether Jahorina is more attractive in winter as a snowy beauty or in summer as a fragrant garden full of flowers and greenery. Throughout the year, Jahorina has places for skiers, climbers and for all people who need a pleasant and peaceful vacation.