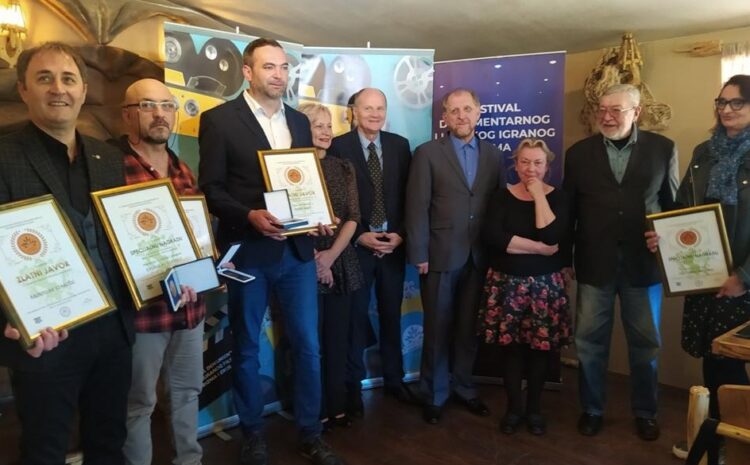 The 15th International Documentary and Short Film Festival Jahorina Film Festival ended today with the announcement of the winners of the festival awards.

The director of the Festival, Mirko Despić, pointed out that the management made an effort to adapt to the changes caused by the global health crisis, while maintaining as much authenticity as possible. “The festival met our expectations and in these circumstances we gave our best to make the films available to as many audiences as possible through screenings at the festival center at the Damis Hotel, via the” Muvi “internet platform and broadcasting on East Sarajevo Television,” Despic pointed out.

Within the competition program of the 15th Jahorina Film Festival, a total of 52 films from 23 countries competed for the titles of the best in four categories, and the decision on the winners was made by a jury consisting of Luka Kecman, professor at the Academy of Arts in Bosnia and Herzegovina, Dragutin Zupanc, director and screenwriters from Slovenia and Olivera Pančić, editor-in-chief of the documentary program of the Serbian Radio and Television.

The Grand Prix of the Jahorina Film Festival, for the best film, went to the short feature film “It’s Cold” directed by Danilo Ivanov from Russia. These are two police officers who were sent on a mission to the hinterland of Russia. They want to be good policemen, but it is very cold in Russia. The task before them is quite simple, but the peculiarities of the local climate create a serious obstacle to its implementation.

The Golden Maple for the best documentary film from Bosnia and Herzegovina went to the film “Some New Broadway” directed by Denis Bojić, which takes us through an incredible film story about the steadfastness of the human spirit and faith in their own abilities. This emotional roller coaster will take you on a journey after which you will not be the same.

Forget everything you knew about Down syndrome and get ready for … some new Broadway! The film was produced by the Radio-Television of Republika Srpska.

The annual award, the honorary “Golden Maple” in recognition of the “outstanding contribution to film art” went to director Radoslav Stanisic from Montenegro. A list of award-winning films for the festival is attached.

The Golden Maple Awards were presented by category, especially for the regional and international selection for the best documentary, short feature film, experimental film and student film.